If a hurricane hits the Georgia coast, a major priority for coastal communities will be finding sand to rebuild beaches destroyed by erosion. UGA Skidaway Institute of Oceanography scientist Clark Alexander has received funding approval from Georgia Sea Grant for a two-year study to collect and analyze new, high-resolution data to identify the sand resources available near the Georgia coast. 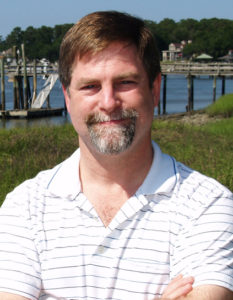 In 2012, Hurricane Sandy caused billions of dollars in damages to communities along the east coast of the U.S. Coastal communities in Georgia are vulnerable to future storms, and some have begun to develop strategies to increase their resilience to such storms and to speed their recovery from one. When it comes to restoring storm-eroded beaches, those communities will require a detailed understanding of the locations and characteristics of the available sand resources they will need.

“Sand resources are needed to rebuild beach and dune systems to provide the same or better levels of protection to lives and property,” Alexander said. “These sand resources data are critically needed in Georgia, as the sand resources in our state waters are the most poorly known of all the states along the East Coast.”

The study will focus on three developed barrier islands that have not been renourished — Sea Island, St. Simons Island and Jekyll Island. The project will gather new samples and data on seabed sediment texture and composition from the beach out to the state-waters boundary, three nautical miles offshore. The researchers will merge that data with existing samples from the beaches and the sea bed and integrate all the samples to determine where sand deposits are located that would be suitable for beach renourishment.

“Typically, we find a wide range of sand, and not all of it is beach-quality,” Alexander said. “We need to locate sand deposits that have similar size and composition to the natural beach.”

The team will collect beach grain size samples during both the summer and winter to assess the differences in texture and composition in the beach in response to changing storm, tide and wave conditions. 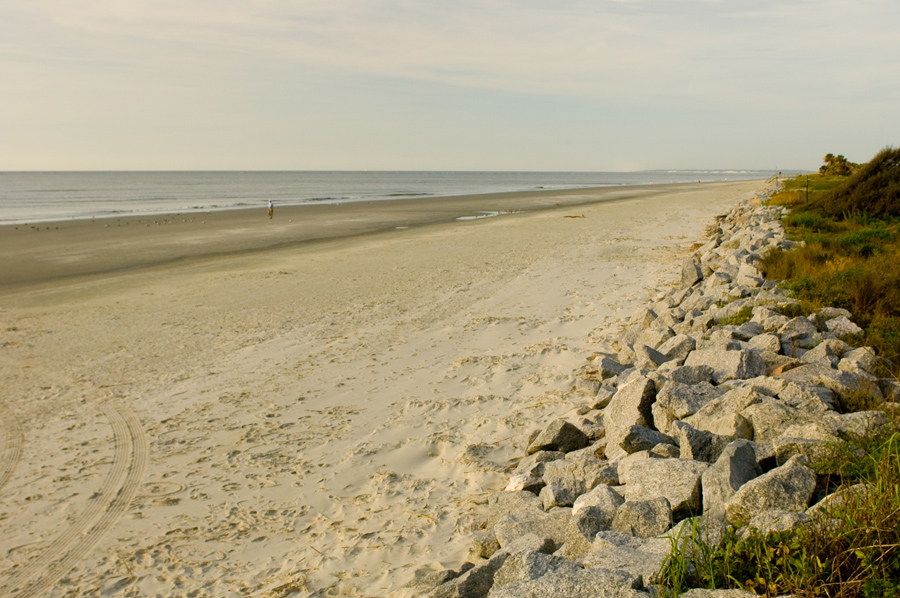 The sea floor in the study region has not been comprehensively surveyed since the 1930s. Another part of the project will be to use an echosounder to collect data on the depth and morphology of the sea bed. This data will be used to create bathymetric maps of the ocean bottom. These maps will also identify regions of thicker sand deposits, which indicate greater volumes of sand.

The researchers will then combine the new information with existing data in a Geographic Information System tool to integrate the sand resource and bathymetry information and model the extent of beach-quality deposits in the Sea Island to Jekyll Island region.

The results of the project will be made available online to government officials, the management community and the general public on a number of Web sites, including the Georgia Coastal Hazards Portal (http://gchp.skio.usg.edu/) developed by Alexander.

Georgia Sea Grant is a unit of the UGA Office of Public Service and Outreach.