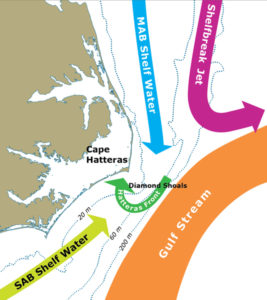 Physical oceanographers investigate processes that control fluid motion and distribution of water properties like temperature and salinity in the open ocean, on continental shelves, in estuaries, and in the near shore. Skidaway Institute scientists use data from observations, analytical and numerical models, or their combination to reveal patterns in transport of energy, momentum, and biological/chemical materials, and discern the effects of waves, tides, wind, rivers, and other sources of forcing from short time and length scales to those that govern climate. Members of the physical oceanography group at Skidaway Institute include:

Some examples of physical oceanographic research at Skidaway Institute include: