UGA Skidaway Institute of Oceanography scientist Chris Marsay is currently onboard an icebreaker ship which, until last week, was frozen solid in the Arctic ice cap. Marsay is part of a major international research project named Multidisciplinary drifting Observatory for the Study of Arctic Climate or “MOSAiC.” The German icebreaker Research Vessel Polarstern sailed into the Arctic Ocean last fall until it became locked in the ice. Before COVID-19, the plan was for it to remain there, drifting with the ice for a year, all the while serving as a headquarters for scientists to study Arctic climate change. Here is an update from Chris.

My time working at the MOSAiC ice floe has come to an end, and I am currently traveling south on Polarstern towards Svalbard, where the exchange between personnel from Legs 3 and 4 of the project will take place. Due to the travel restrictions in place because of COVID-19, this exchange has been delayed from early April. It was not possible to carry out the exchange at the ice floe itself, as originally planned. 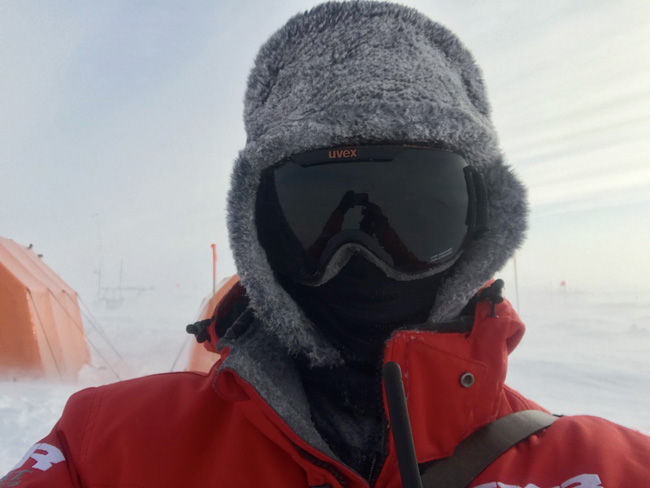 All wrapped up for working out on the ice during windy conditions.

So Polarstern has left the floe for an estimated three weeks while the changeover takes place. The incoming team is currently on its way to Svalbard on two other German research vessels. They completed a two-week quarantine and multiple coronavirus tests before departure.

Our time at the MOSAiC ice floe has been eventful. The ice was much more dynamic than it had been during the first months of the MOSAiC project. Cracks and leads frequently opened up in the area around the ship, and the ice movement also formed ridges of ice blocks several feet high. 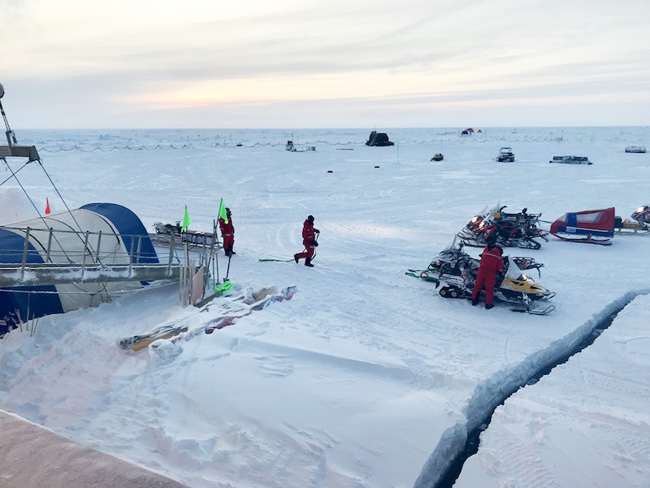 A crack that opened up next to the ship in mid-March meant that some equipment had to be hurriedly moved to safety.

All of these events impacted our work by affecting accessibility of certain research sites. But the work continued, and indeed these features provided new sampling opportunities for many on board.

It’s been a unique experience to witness the transition from winter to spring in the central Arctic Ocean. During our time at the floe we experienced a minimum temperature of -40 degrees C (not accounting for wind chill) and a maximum of 0 degrees C. The sun did not rise until two weeks after we arrived at the floe, and has not set since late March. We’ve had windy days with storm-force winds and “whiteout” conditions due to blowing snow, and days with beautiful clear skies when the sun reflecting off the snow has been dazzling. 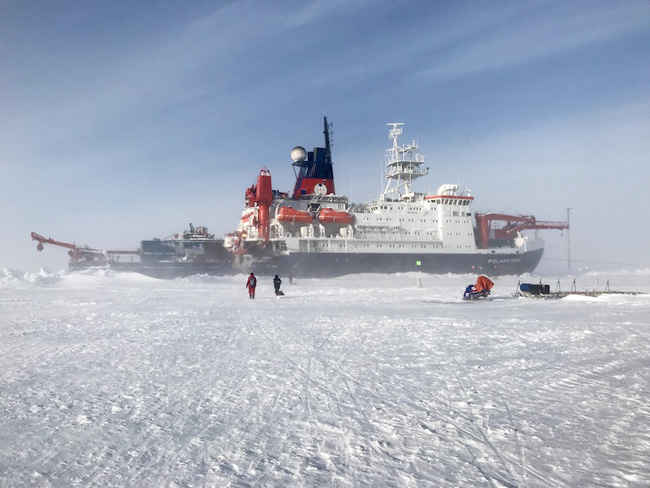 As calm conditions gradually return after a couple of days of windy conditions, Polarstern is visible through some blowing snow at ground level.

During my participation in MOSAiC I’ve collected snow, ice core, seawater and aerosol samples as part of our project studying the atmospheric deposition of trace elements in the central Arctic. 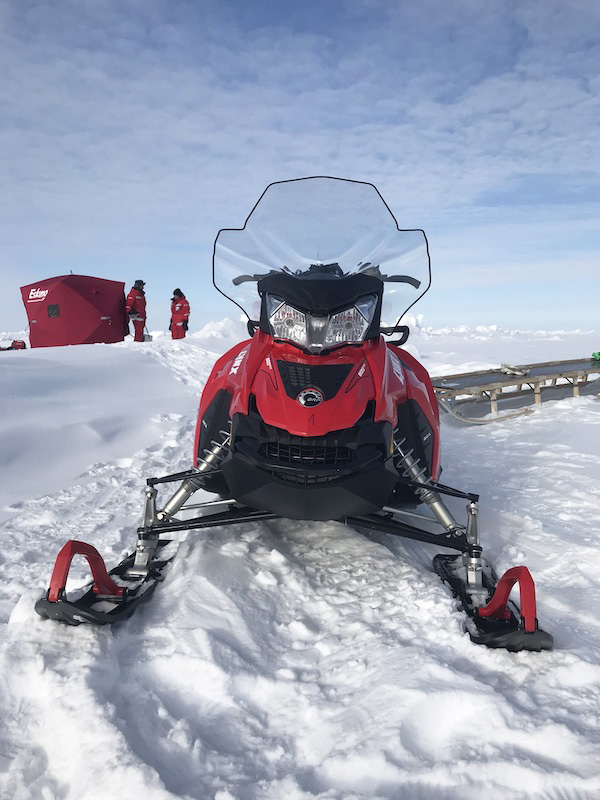 Each Monday I was part of a team that collected multiple ice cores at a site far enough away from the ship that a skidoo and sledges were needed.

I’ve picked up some new skills along the way, including taking ice cores, and driving a skidoo, and have spent several hours as a polar bear guard for colleagues. 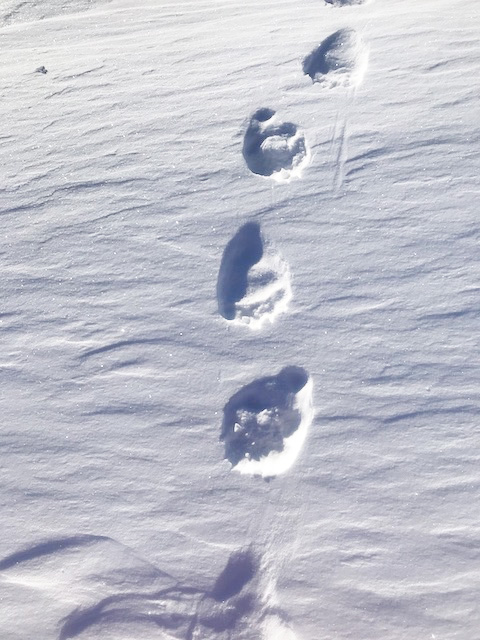 We had one polar bear visit (that we know of) during leg 3. These footprints within a couple of hundred yards of Polarstern.

We on board will have been at sea for over four months by the time we get to Germany. When we started, the COVID 19 virus was not widespread outside of China. We have all been following the news from back home, and although we’re looking forward to getting home everyone is expecting some initial difficulties getting used to the way that public life has changed while we’ve been away.