Disclaimer: The opinions expressed on this page are mine alone. Anybody considering a career in marine science needs to carefully consider their own needs and wishes first.

Now, that said, if you are reading this you are probably interested in becoming a Graduate Student in Marine Science. Having been both a faculty advisor to many students, several postdocs, and summer interns, as well as once long ago having been all of those things myself, I have perspective on the process. Everyone has their own reasons for deciding on a career. My own story is this:

I’ve wanted to be an oceanographer/marine scientist since I was about 6 years old. I kind of joke about it to my children, who have not had that kind of certainty about what they want to do in life, and are still trying to figure it out (my daughter is 17 and my son is 21). How I came to that conclusion is due to a combination of influences. One was the influence of “The Undersea World of Jacques Cousteau” on tv when I was a kid. But I think the bigger influence was just visiting the sea in northern California where my grandparents lived, and later on, where I and my family lived. I loved being there, investigating tide pools, and later scuba diving in the kelp forests. The sea is a beautiful, magical place.

That said, I really didn’t know what I wanted to work on. I loved the idea of marine science, but had no clue what being a marine scientist really meant. That came later, in college, and especially in graduate school. I learned the basics of the field of oceanography as an Undergraduate, and even did summer research project there, but it wasn’t until Graduate school that I learned how to be a scientist- how to think about the world as a scientist, develop testable questions and hypotheses, conduct research to find answers to those questions, and so on.

Everyone is different. Many students come to the realization about what they want later in life. But it can be hard to figure out exactly what we do in this field. Especially in the non-biological sciences. I would say that most of us in this field are detectives, like Sherlock Holmes. We are excited about solving mysteries, using clues we figure out ourselves as well as those published by others. If that sort of thinking appeals to you, then this field might also appeal. The cool difference about marine science is that you are collecting clues in an amazing environment, often in far away places or in places you would otherwise never get to see. But solving these mysteries can be really hard, and there is no guarantee of success. We start with hypotheses and go from there, but sometimes our hypotheses turn out to be wrong. And that’s fine, it is how the process  works and the real goal is to learn something new about our environment. As a Graduate student, the level of problem solving depends on what sort of degree you are working towards. For a Master’s degree, typically you are given a specific problem to solve, maybe even something as simple as continuing a long-term project’s sampling and analysis tasks. That is typically something that doesn’t require much risk, but does teach you both skills needed to succeed in this field (as in, get a job) and the mindset needed to analyze data and work with others on interpreting it. For a Doctoral student, in my opinion, you have to go much further than that. I expect my students to graduate being able to work through and solve difficult mysteries that might require getting around a lot of dead ends, and rethinking of assumptions. Basically becoming a sleuth yourself. I also have hopes that each student will pick up projects on their own to work on and solve. Not everyone is ok with that sort of thinking, especially in larger labs where big projects require a student to work on one thing to meet deadlines. What approach works for you is obviously, up to you. But it is best to decide on this before you agree to join a lab.

Now, deciding on a type of marine science (like chemistry, or biology, or some other variant) to go into. I became a chemist because chemistry made the most sense to me. This doesn’t mean I wanted to be a regular chemist, in fact I find much of standard chemistry to be pretty dull. That’s just me. But questions about the Ocean’s chemistry and what controls different processes, now That was and is interesting to me. You will need to think about this carefully. It is easy to say ‘oh, I love whales, or coral reefs, or sharks’ and want to work on those areas. Just realize that  there is tremendous competition for limited graduate student openings in those subjects, and even if you do manage to land one, you likely will be working on things that are quite different than what you may have envisioned! To get a better sense for what most people do in this field, try reading up on some of the work you see presented on web sites that specialize in science articles for non-specialists. Like Nature World News and Science Daily. Even there you won’t get the real breadth of this field, but they are starting points. You really need to do your homework here, because in choosing a program to go to and an advisor to work with, you are setting a course for your future. And this means some doors open and some close.

Ok, after all that is said, what am I looking for in a Graduate Student? My philosophy is that an ideal student is enthusiastic and keenly interested in the chemistry of the ocean, and wants to immerse themselves in this field. The old adage that ‘it’s not a job if you love what you are doing’ sort of applies here. Because doing cutting edge research is time consuming, frustrating, depressing, exhilarating, wonderful, and sometimes all at the same time. You have to fight through the lows to reach the highs. And I expect my students to be self motivated. I give them the tools they need (or at least try to, and if those tools don’t work, we try others) and step back. I think it is paramount that each person learn how to think for themselves, to solve mysteries and see new ones where others don’t. The rewards are that you are a more complete scientist when you leave my lab. And you will know how to take the next steps in your career path. 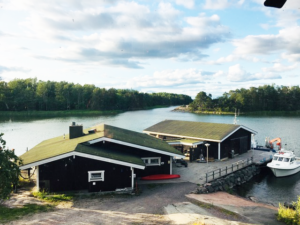 A Cloud Forest in Peru 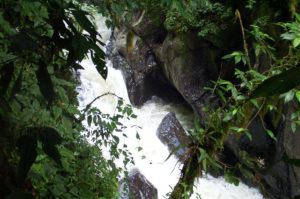 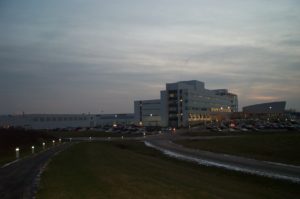 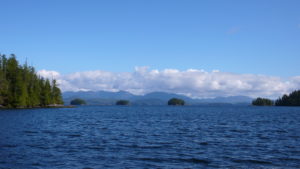 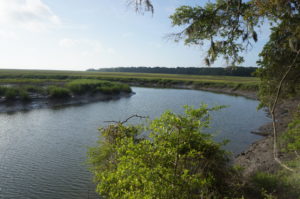 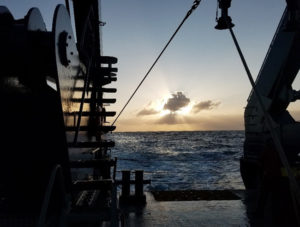 Taking a break to see an amazing view from the back deck.

All places I and my students have worked….We have fun, work hard, and see and experience amazing things!

Back to my faculty page