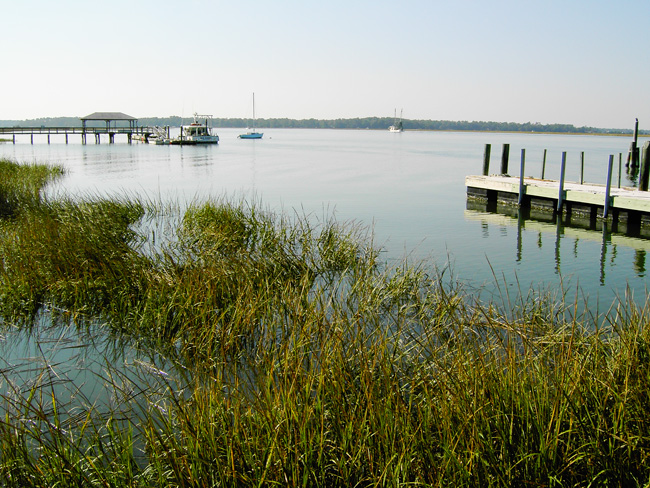 The Skidaway River adjacent to the UGA Skidaway Institute campus 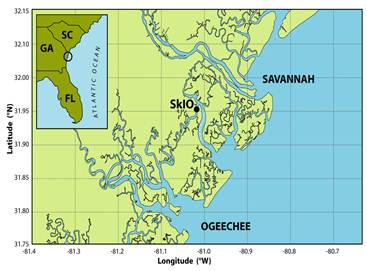 In estuaries of the South Atlantic Bight, one of the longest and most extensive datasets of plankton and bacteria biomass and composition is from the Skidaway River (31°59’ N, 81°01’ W) and the associated Wassaw Sound estuarine system in Georgia. Wassaw Sound is a tidally dominated, bar-built estuary surrounded by extensive stands of salt marsh. Although pristine compared to industrially impacted waterways such as the Savannah River and Charleston Harbor, residential development and population density around the Wassaw Sound system have been increasing rapidly. 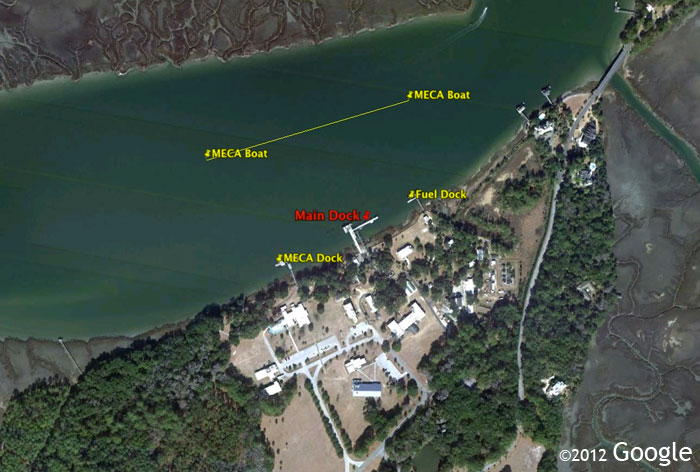 Water samples have been collected approximately weekly from the main dock of the Skidaway River Estuary at the Skidaway Institute of Oceanography. The start of the program was coincident with the rapid development of Skidaway Island, Georiga USA that has transformed a marsh and maritime forest covered ancient barrier island to an island dominated by a residential luxury golf course community. Population growth in the 1980’s was as high as 25% annually, but has since declined to <3% annually as island development has neared completion. Evidence from the SRiMP study support the hypothesis of causative linkages between human population growth, nutrient loading, and ecosystem alteration.

Table 1 shows the of sampling parameters and frequency of the SRiMP data set.