Well fed and rested we were ready for another day on the ice. Because of all the uncertainty surrounding the ice conditions we are all trying to make the most of the opportunities we get. Today, in addition to collecting our normal samples, the Bronk team (Stephen and Rachel) are planning to stay a bit longer to collect ice cores and Niko is going to attempt to collect samples for his methane studies. It’s a lot to do and necessitated rather intricate planning, so that we always have enough snow machines, sleds, drivers, guides, and bear guards. Everything started smoothly. We all set out about 11:00 as the dawn twilight began (still no sun, but some light) and headed north. First, we headed north over the frozen tundra and then out onto the ocean. The ice at our new location was very jumbled and rough, which made for a bit of a bumpy snow machine ride. However, the rough ride was reassuring since it meant the ice was probably quite stable. The roughness in the ice and the formation of pressure ridges is largely due to wind moving the ice around and piling it into the shore.  Eventually, with enough pressure it becomes locked in and grounded to the bottom. 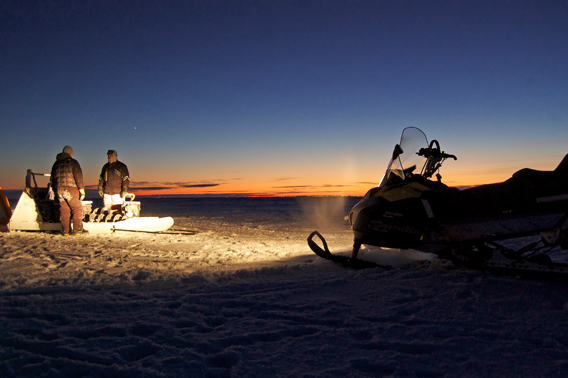 Once at the site we began to set-up the camp. Since it was a new camp we had to drill new ice holes and situate the tents over them. We also set-up propane heaters in each of the tents, and unloaded all our gear. It was a cold morning but absolutely spectacular to be out on the frozen Arctic Ocean. 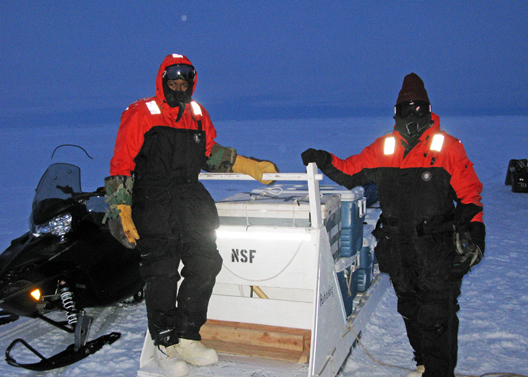 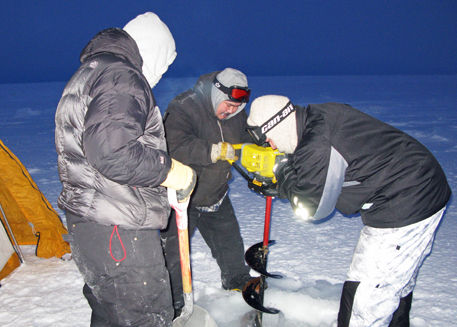 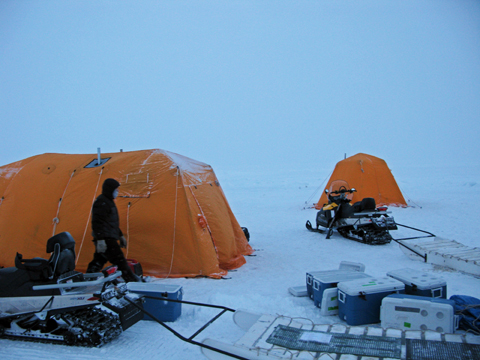 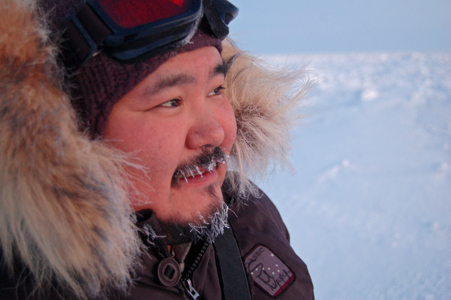 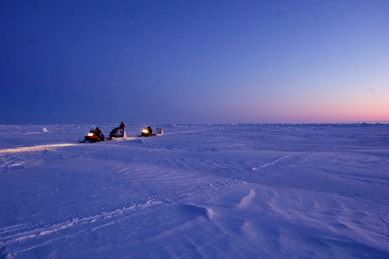 Everything was going smoothly. First, Victoria and I deployed our Manta water quality instrument to measure the water column and then the Bronk group took over. Then disaster struck! While moving one of their very heavy sample boxes Debbie’s foot slipped into the ice hole and she fell. Her hand hit the propane heater;her down coat touched the hot chimney and melted. Feathers went everywhere. Debbie screamed. It was chaos, but no one panicked. Debbie was quickly pulled to her feet and, besides a nasty burn on her hand (and the destroyed coat), she was fine. 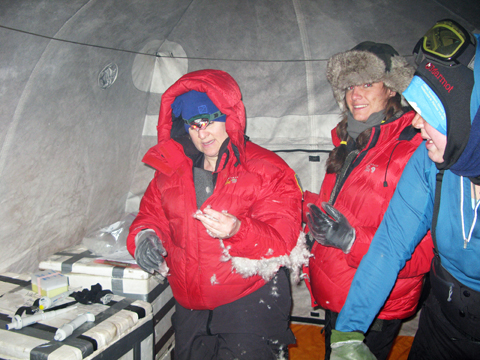 Dr. Debbie Bronk after the fall, it could have been much worse!

We turned the heater off and, when the feathers settled, we were able to continue. But, we thought it best to get Debbie back home so that someone could look at her burn. So while Debbie was escorted back, the rest of us finished-up sampling and then followed her in.

Once back we all got busy in the lab processing the precious water samples that we had collected. 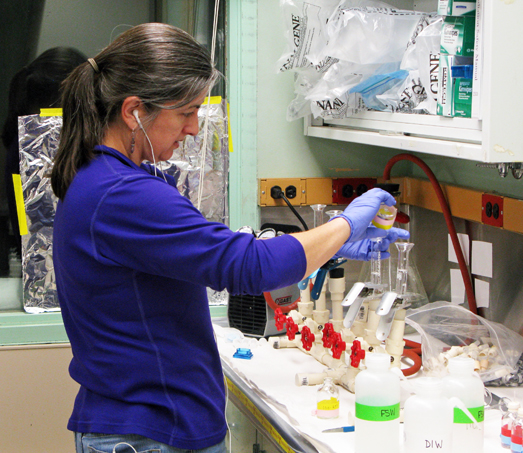 We all realized how lucky we all were today and grateful to be back safely. I for one slept well.