Editor’s note: UGA Skidaway Institute professor Jay Brandes and graduate student Kun Ma are on a three-week research trip to a marine lab in Finland and sent this update.

So yesterday the experiment ended. I think most people considered it a great success, even with several bags leaking. One always learns lessons from these sorts of big efforts and the next time will be improved. One thing that everyone agreed upon was that the automated sampling setup worked really well. I got to look at it and it was a very complex set of valves and instruments, designed to pump water from each mesocosm into a series of instruments that measured temperature, salinity, different pigments, measures of photosynthesis, CO2, and a flow cam. This last is an automated microscope that takes pictures of the organisms and other particles in the sample (Skidaway Institute has several of these.). All of this produced real-time data that was sent back to the Station.

Poking around the Station was interesting. There is a museum of sorts of old instruments and odds and ends from previous eras. Probably the most interesting of these to me was a hand-cranked centrifuge.

While the label said ‘1832’ I think it was a bit newer, probably early 1900’s when the station was founded. Students in the old days would have had to sit there and crank the handle for quite a while to get their samples separated using this device!

There was also a collection of old microscopes. The oldest one appears to be a 1901 model. 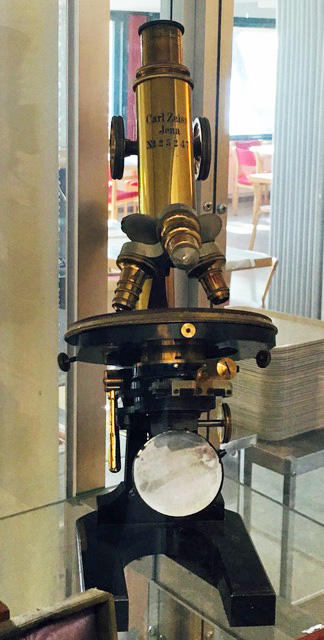 There were several others like that in the display cases. There was also a black one from a country that no longer exists — the USSR. 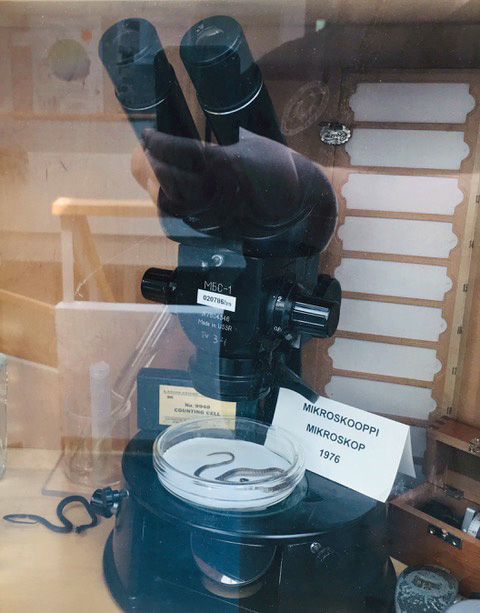 This part of Finland actually was occupied by the USSR from Finland’s independence in 1917 to 1941. There is a Soviet graveyard on the way to Hanko with a big hammer and sickle on it, and a museum on the old border. It was not until the 1970’s that present-day Finland became free of all occupation.

Finally, there is a cool boathouse here, which has a wooden boat in the process of being refurbished. 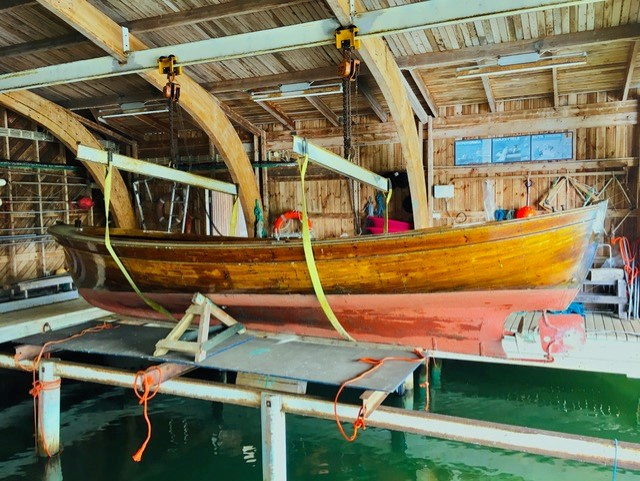 The boathouse is also home to a colony of barn swallows, who fly around and chirp at you if you get too close to their nests. But they are a joy to watch as they chase insects to eat.

We will miss this place, but who knows? We may be back someday.