Researchers at the University of Georgia Skidaway Institute of Oceanography believe the rise of black gill in Georgia shrimp in recent decades may be linked to climate change, specifically the warmer winters in the region.

Black gill is a condition in Georgia shrimp that shrimpers blame for reduced harvests. Research conducted by UGA Skidaway Institute professor Marc Frischer and his collaborators has confirmed that black gill can result in the death of shrimp both by killing them directly and increasing their susceptibility to predation. Black gill was first officially recorded in the mid-1990s, although anecdotal reports from shrimpers suggest it was present at low levels earlier. Shrimp black gill is caused by a single-cell animal called a ciliate. 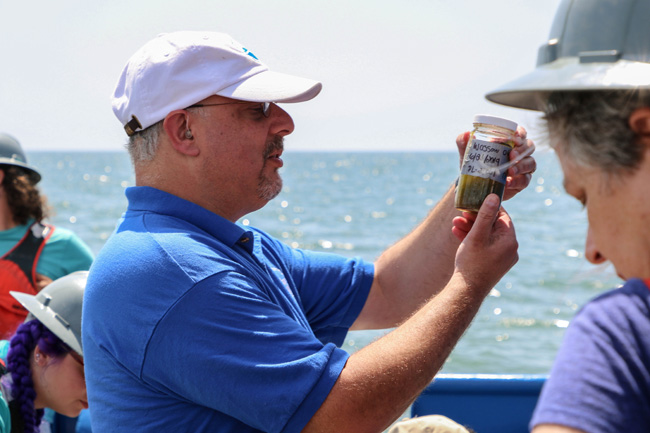 Frischer and his colleagues recently identified the ciliate causing black gill as a previously undescribed species and have proposed a name for it, Hyalophysa lynii. They named the species in honor of Denis Lynn, a prominent ciliate biologist who died in 2018 in a tragic accident while conducting research. When present in shrimp, H. lynii is believed to feed on shrimp gill tissue, and it is this feeding that elicits the shrimp’s immune system resulting in the darkened gills characteristic of shrimp black gill.

Frischer and his team have been working with the UGA Marine Extension and Georgia Sea Grant, Georgia Department of Natural Resources, the Georgia Shrimp Association, South Carolina Department of Natural Resources and others to try to learn more about the condition and to help the shrimp industry. One challenge is to explain the seasonal nature of the affliction. Shrimp with darkened gills usual begin to appear in mid-summer and its prevalence peaks in September and October. The prevalence of black gill declines until January when it virtually disappears, only to reappear the following summer. Frischer and his team believe the cycle is due to water temperature. This is where climate change enters the picture. One of the most prominent effects of ongoing climate change in the southeastern U.S., including Georgia, has been warmer winters. 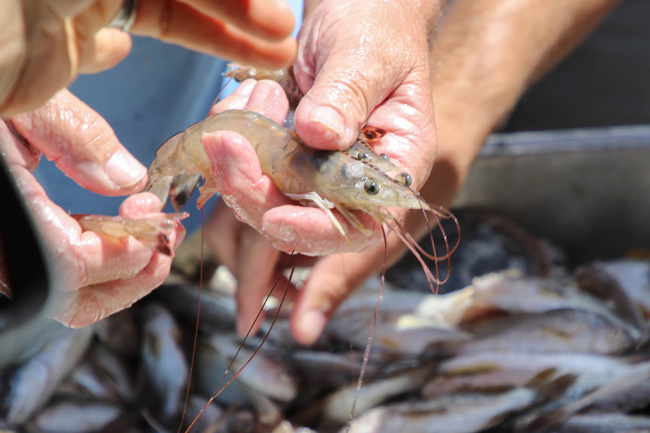 Shrimp with evidence of black gill.

As one aspect of the research, Frischer and his team looked at temperature and water quality data alongside fishery performance (harvest) and shrimp population assessment data collected by the Georgia and South Carolina departments of natural resources. Reliable shrimp landings records date back to the mid-1950s; populations assessments date back to the mid-1970s; and records of the prevalence of black gill have been collected since it first appeared in the mid-1990s. Reviewing this data Frischer and his team noted that since black gill has been present in Georgia waters, shrimp landings have been correlated with winter water temperatures with smaller harvests occurring when winters are warmer. 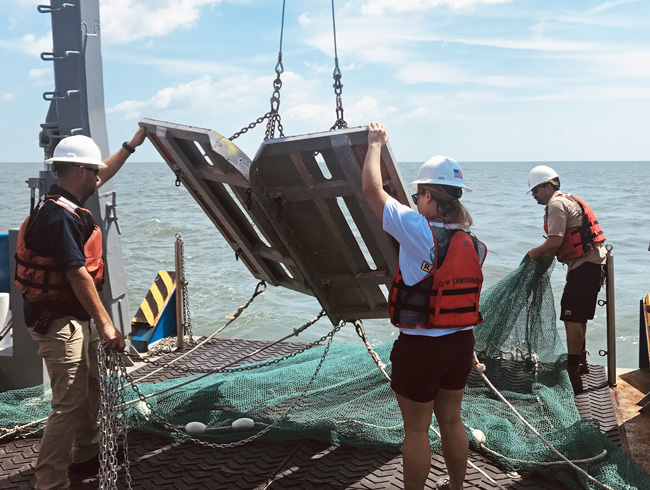 Frischer and his team have also noted that the prevalence of shrimp black gill correlates with climate indices including the El Niño Southern Oscillation and the Pacific Decadal Oscillation indices. These indices describe broad characteristics of Earth’s climate.

“One of the predictors that comes out of this work and appears to be quite important, is not just weather, but the changing climate,” Frischer said. “We don’t understand the mechanism fully, but what we see is the warmer the winters, the worse the fishery yields are the next year.

“The information is still a little circumstantial, but climate, especially the warmer winters we have been experiencing, seems to be a factor.”

There are many questions still to be answered such as understanding the life cycle of the parasite, and learning why the condition and the ciliate seem to disappear during the cooler months. One answer the researchers do not expect to find is a cure for shrimp in the wild. Instead, Frischer said, it will be necessary to adapt and adapting means being able to make some predications about it.

“We need to see if we can predict this, like a weather forecast,” Frischer said. “And we can start putting that into useful products that we can use to help manage the fishery in this new time when black gill is here to stay.”