UGA Skidaway Institute director Clark Alexander was interviewed by a crew from the PBS series “Changing Seas” for a program focused on salt marshes. 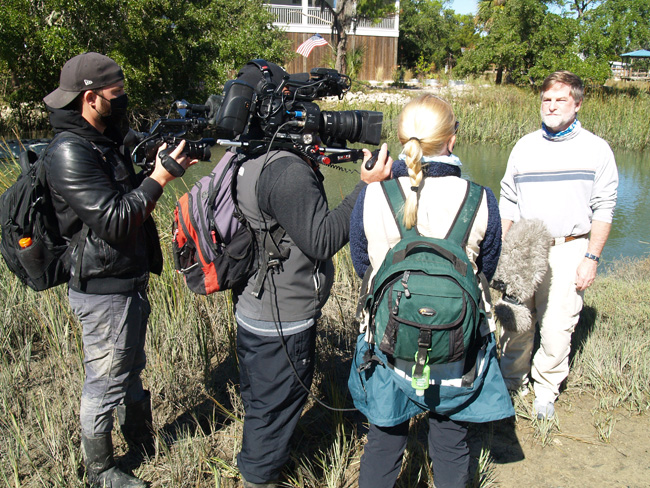 Clark Alexander (right) is interviewed at the Burton 4-H camp on Tybee Island.

The crew was from WPBT, the PBS television station in Miami, where the program is produced. “Changing Seas” is shooting programs for its 13th season. The program with Alexander will air in South Florida in June 2021 and nationally later in the year. More information about the program and past episodes can be seen at https://www.changingseas.tv/.