In recent years, some coastal communities have begun building man-made sand dunes as an alternative to hard structures like sea walls to protect their beaches from natural erosion and the effects of storm surges. Now researchers at the University of Georgia Skidaway Institute of Oceanography are studying the man-made dunes on one Georgia island to determine if man-made dunes really are the best answer to the beach erosion problem.

Every five to seven years for the past few decades, the Army Corps of Engineers has pumped thousands of tons of sand onto the beaches of Tybee Island to renourish the beaches that became reduced by natural erosion and the influence of the Savannah River ship channel. In the last renourishment, completed in early 2020, the Corps included some additional sand. The City of Tybee Island used the sand to form dunes to supplement the existing dune system. What is not known is whether this is a good long-term solution compared with other remedies like sea walls and rock revetments.

“We know sand dunes are protective, and that building dunes is better and cheaper than building seawalls,” UGA Skidaway Institute researcher Clark Alexander said. “The goal of our project is to determine how they function after you build them, and how they change so we can better manage them in the future.” 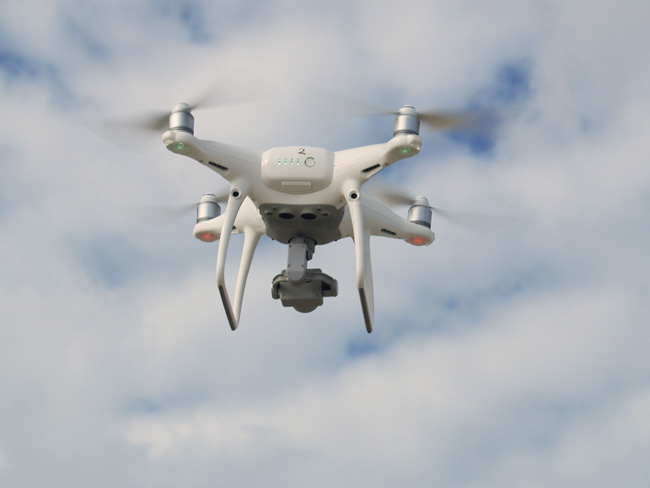 A drone right after lifting off.

Alexander and his team are using drones and high-tech mapping technology to monitor the dunes to see how well the dunes effectively stand up to the forces of nature. 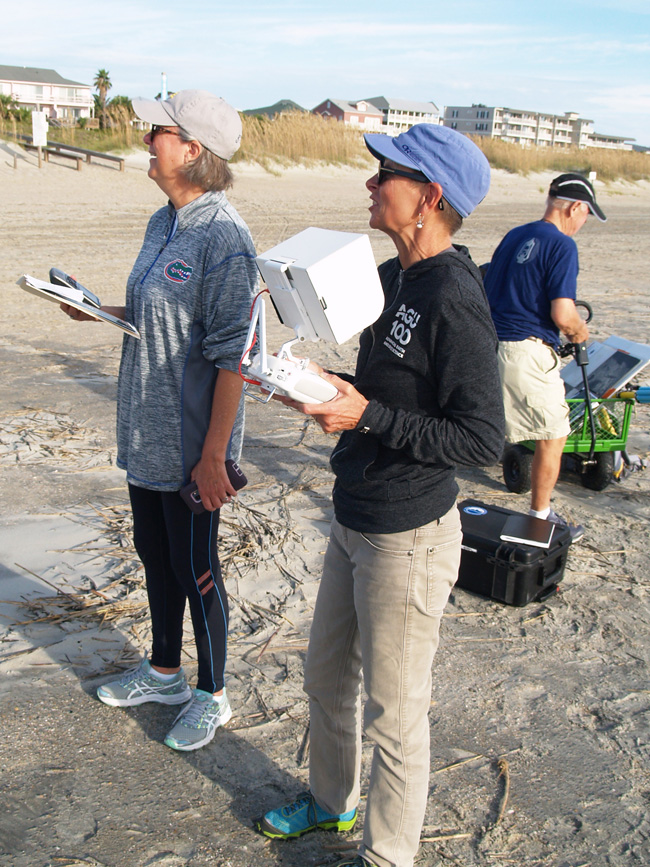 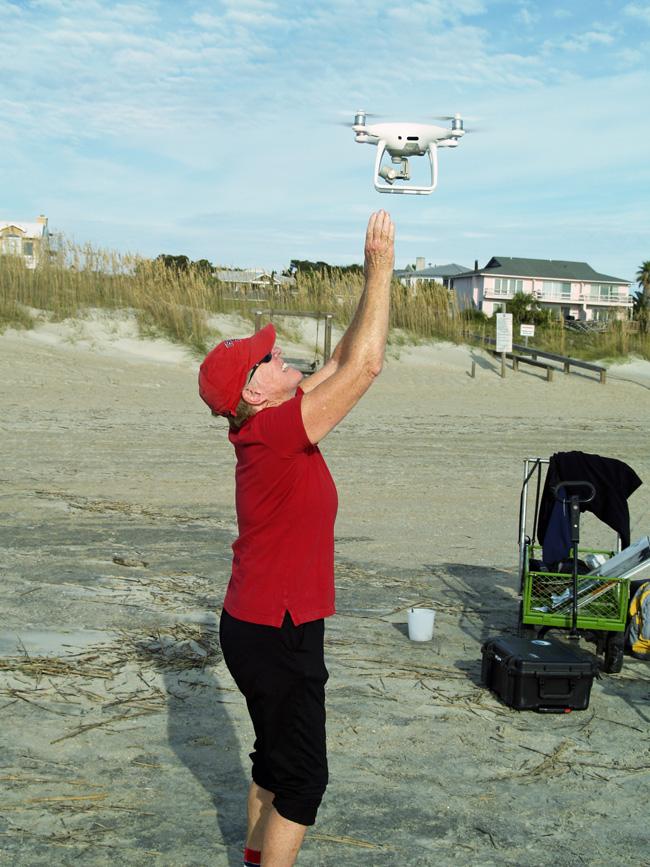 Volunteer Kate Burns “catches” a drone as it returns from a flight.

It takes four to five days for the drone to survey all the Tybee beaches. During each flight, the drone will take thousands of overlapping pictures. The drone team begins by placing markers on the ground. They pinpoint the markers’ positions and elevations using a global positioning system that is accurate to within a couple of centimeters (less than an inch). Using these markers as known reference points, geographical information software analyzes the drone pictures and creates a three-dimensional model of the beach and dunes. By comparing the results of the surveys over time, Skidaway researchers monitor the changes in the dune system.

Like many barrier islands, Tybee’s beaches do not erode uniformly from one part of the island to another. This project will help the city to better predict what sections are going to need attention before others. Alexander points to the center of the island which has multiple rows of dunes and actually developed additional dunes naturally with each renourishment project. On the other hand, the north and south ends of the island are subject to a greater rate of erosion and some sections had no dunes at all until the man-made dunes were built there. 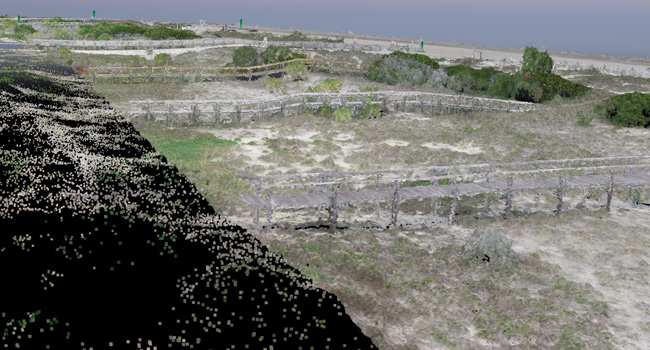 The results of this project will be felt far beyond the shores of Tybee Island. Alexander and his team plan to produce a “best practices” manual that can be used by other coastal communities. “So that other communities, if they do decide to build dunes, they will have a starting point for how to monitor them,”
Alexander said. “This may be applicable to Jekyll Island that is trying to figure out how to protect their upland while their beaches are eroding. And St. Simons Island has sections of their island that are at risk.”

Alexander said beach renourishment was the first step to move away from hardening a shoreline, and describes dune building as a more environmentally friendly and sustainable solution.

“Dunes are a good solution instead of having a pile of rocks that may or may not protect you over the long term, and are really ugly, if you want to be frank,” he said. “Building dunes, creating habitat, helping to recreate the natural environment and let it function for us as it has in the past. I think this is the next step down that path using natural solutions to the problems we generate by our desire to live right at the coast.”

The project is anticipated to run for three years at $70,000/year with support from the City of Tybee Island, through a grant from Georgia’s Department of Community Affairs, and from the US Army Corps of Engineers. Alexander hopes to identify and obtain additional funding to allow the project to continue throughout the typical seven-year span between beach renourishments.