A new collaboration between the University of Georgia and a university in Spain’s Canary Islands will offer fresh opportunities for both research and education for UGA’s faculty and students. UGA Skidaway Institute of Oceanography scientist Sara Rivero-Calle is spearheading the partnership between UGA and the Universidad de Las Palmas de Gran Canaria (ULPGC). Located off the northwest coast of Africa, ULPGC has a student body of more than 25,000 students at both the undergraduate and graduate levels, and 1,500 faculty members. 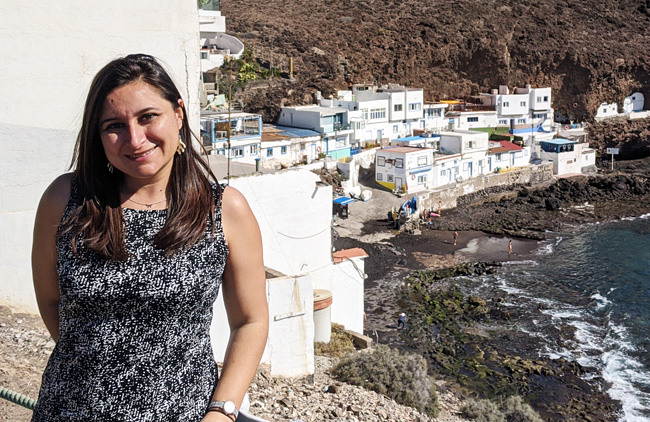 Rivero-Calle visited ULPGC in January, shortly after the formal agreement between the two universities was formalized in late 2021. She spent a week there and came away excited over the opportunities for both oceanographic research and student education.

“Thanks to my wonderful host and collaborator, Javier Arístegui, there is now an agreement in place. Now we have to start taking that into our hands and producing something out of it,” Rivero-Calle said. “And, so, my main goal for this trip was to act a little bit as an ambassador, to find out what they’re doing, tell them what we’re doing and see how we can collaborate. Because there’s many different ways in which we could collaborate.”

The first collaborations will likely be research oriented. Rivero-Calle is a biological oceanographer. She describes the islands as a very interesting place to study the ocean.

“The people who work there were telling me that everybody in Europe tells them they are so lucky to work in such a place because it is like a natural lab for oceanography,” she said. 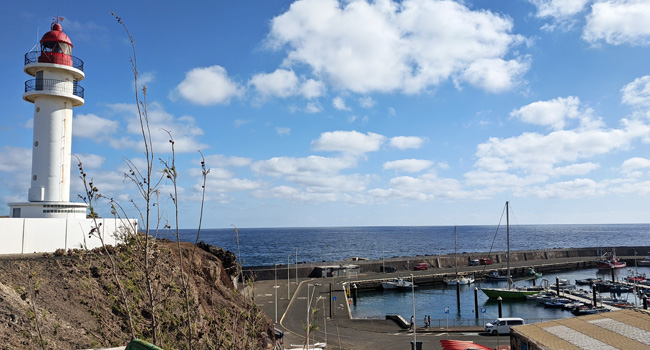 A marina near the ULPGC oceanographic institute.

The waters surrounding the islands are very low in nutrients, making them practically transparent. The islands are also close to the coast of Africa and the Sahara Desert. They receive a large amount of iron-rich desert dust, blown from the continent. The dust plays a major role in the growth of microscopic marine algae known as phytoplankton. Some Sahara dust can travel across the Atlantic, as far away as North America. Phytoplankton make up the base of the marine food web and produce about half the oxygen in the atmosphere.

Rivero-Calle’s specialty is using miniature satellites, called CubeSats, to observe the ocean, specifically to use ocean color to study ocean conditions. ULPGC scientists can complement this type of research with precise measurements aboard ships in the area, and instrument packages on platforms and buoys near the islands. They also operate a fleet of autonomous underwater vehicles, which are packed with sensors and sent on missions to record a wide range of parameters throughout the water column.

“I’m collaborating with them now to combine our satellite data with their glider data that has chlorophyll, dissolved oxygen, temperature and salinity sensors on it,” she said. “So, we can see whether our satellite performs well or bad, or what are we missing from the satellite standpoint?
“When they give us the vertical profile component, we can combine the two datasets and conduct further experiments with that.” 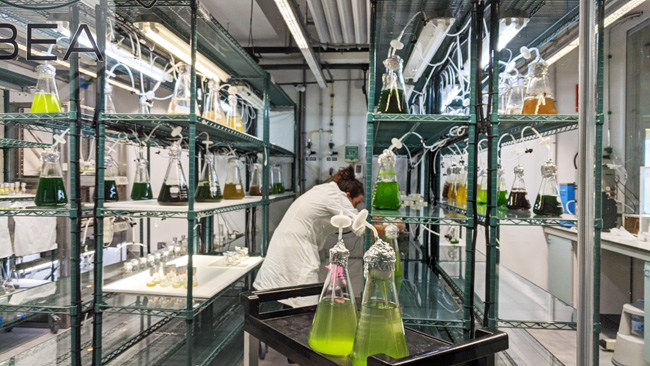 The next step, which will take a while longer, will be to develop education programs that will benefit both UGA and ULPGC students.

“I wanted for students in Spain to be able to have a host university in the United States, but also for the students in the U.S., who often just think about universities in the U.S., to think more broadly, and take advantage of this exchange program,” Rivero-Calle said. “My dream is that at some point in the future, we could organize a Maymester or summer study abroad program and take students from UGA to the Canary Islands and offer a course there.”