Given the uncertainty of the ice conditions today was an evaluation and re-strategizing day. We began with a big meeting of all the science and logistics team members. We went over the previous day’s adventures and discussed options. Obviously we have come all this way to conduct our research, but we won’t do it if it isn’t safe. Since all of our previous sampling locations are now unavailable, we are left with the option of locating another site or not sampling at all. Brower suggested that further south, because of differences in oceanographic conditions (only 1 northward current) the ice might be more stable than it is where we have been sampling in the Chuckchi sea near Point Barrow. At Point Barrow three currents converge making it a much more dynamic location oceanographically. This can lead to ice instability. Our other option is to head north where, according to Brower, the ice hasn’t moved for the past several days and therefore is probably stable. The problem with that site is that it is very shallow. We much prefer to sample deeper water since we are trying to study water column processes representative of the Arctic Coastal Ocean, and the shallow site may be heavily influenced by processes that occur in the bottom sediments.

So after the big meeting, we were again in standby mode to allow the logistic team to visit and evaluate our options. By the late afternoon it was clear that the southern deep water option was not available.  The ice was clearly unstable there too. Plus, the site was far enough away that it would have been difficult to stage an expedition and get our samples back to the lab without them freezing on the trip home.  After verifying that the Northern site was safe it was decided that that is where we’d go. 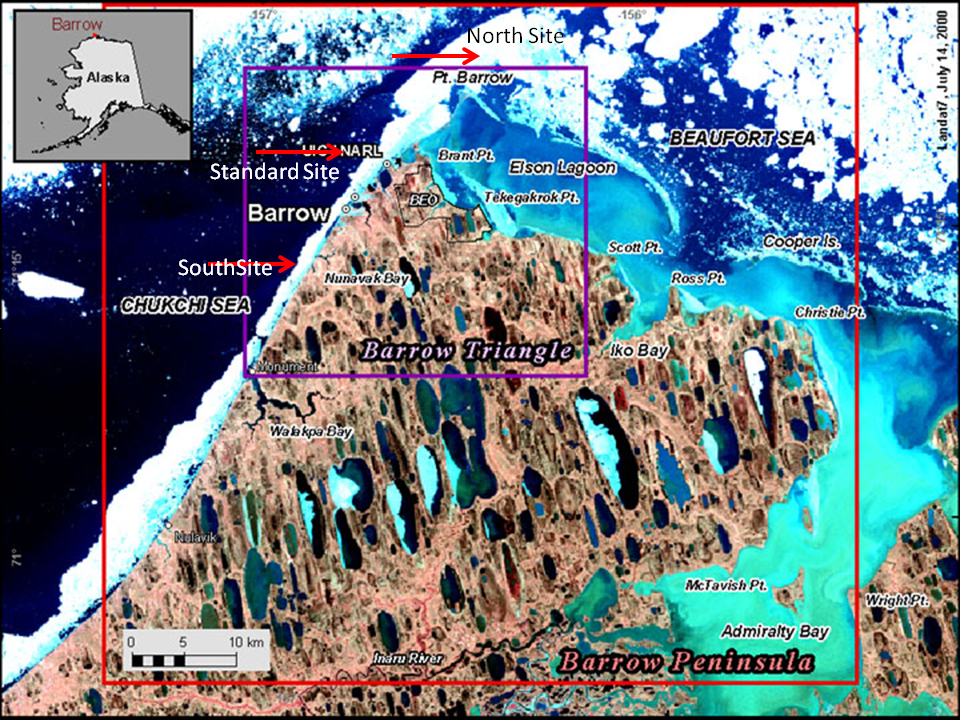 Since it was a light day and everyone was done reasonably early we all decided to go out to dinner. We went to Pepe’s North of the Border, a Barrow favorite. Pepe’s is a Mexican restaurant that has been in business for over 30 years run by the proprietor, Fran. Fran was originally from Seattle and came to the North Slope over 40 years ago as pipeline engineer. She stayed, eventually settling in Barrow, and is still active at the youthful age of 82. 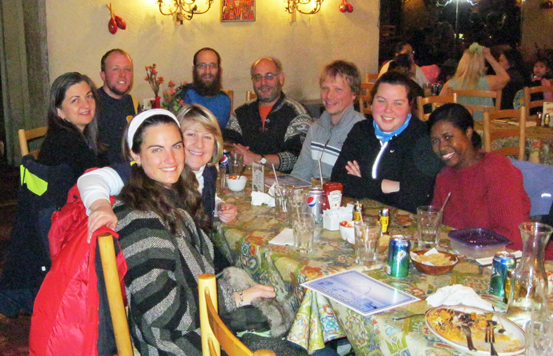