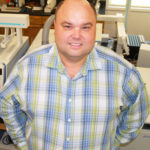 Savannah, Ga. – In recent years, the public has become attuned to the problem of trash in the ocean, especially plastic, as images of the Great Pacific Garbage Patch have spread through media and the Internet. Now, University of Georgia Skidaway Institute of Oceanography professor Jay Brandes is leading a team investigating another issue closer to home on the Georgia coast: microplastics.

These are tiny pieces of plastic—smaller than  five millimeters, or about a fifth of an inch—that have either been manufactured small or have broken down from larger pieces. They can be found in our beaches, water and in the digestive systems of aquatic wildlife.

“Five millimeters is still something you can see with the naked eye, but if you are out at the beach you aren’t going to pick up on it easily,” Brandes said. “So we say anything smaller than 5 millimeters is considered a microplastic.” 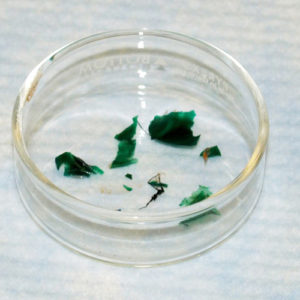 Funded by Georgia Sea Grant, Brandes and UGA Marine Extension and Georgia Sea Grant educator Dodie Sanders are in the first year of a two-year study to ascertain the extent of microplastic pollution in Georga’s coastal waters.

“Right now we are just trying to get an idea if there is a problem, and if there is, how prevalent it is,” Brandes said.

Microplastics come from several sources. Beginning in 1972, cosmetics manufacturers started adding plastic microbeads to exfoliating body washes and facial scrubs, which often pass freely through water treatment plants. When scientists reported finding these microbeads in rivers, lakes and oceans, it prompted a worldwide discussion on the issue. In 2015, Congress enacted legislation requiring the cosmetics industry to remove microbeads from rinse-off cosmetics by July of this year.

The sun also contributes to the production of microplastics. Plastic exposed to sunlight eventually fades, becomes brittle and breaks down into smaller pieces.

“All of us have probably seen a Styrofoam cup break down and the little beads come out,” Brandes said.  “So there is the physical breakdown of the plastics into smaller and smaller pieces as they grind against each other and sand grains.”

To assess the extent of microplastic pollution on the Georgia coast, the research team makes use of the regular trawls conducted by UGA Marine Education and Aquarium staff. They collect the fish, shrimp, squid and other animals captured in the trawl and take them back to a laboratory where they will dissect them and analyze the contents of their gut. 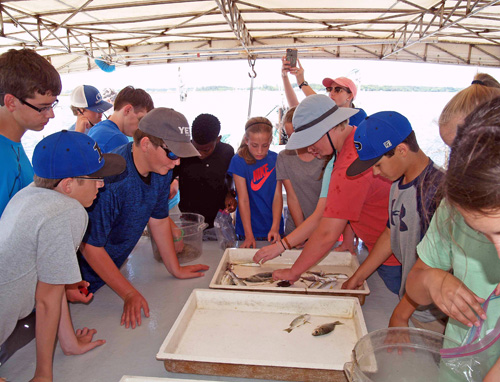 Students from Pierce County Middle School sort through the results of a trawl as part of an education program at the UGA Marine Education Center and Aquarium.

“The first thing we have to do is to subject the gut contents to some extremely harsh chemicals to destroy the flesh and leave us mostly with the plastics,” Brandes said. “When dissecting even a small fish, it’s like looking for a needle in a haystack if you don’t get rid of all the other stuff.”

What is left is examined under a microscope and the plastic pieces identified and counted. The researchers have already found some surprises. Everywhere they look, whether it is beach sand or the contents of a fish’s stomach, they are seeing microfibers, extremely fine synthetic fiber used to create textiles.

According to Brandes, microfibers are pervasive—so much so that when the researchers take samples to the laboratory they have to take special measures to prevent contamination of their samples from microfibers floating in the air. It is not clear, however, if the microfibers are causing any harm to the marine organisms that ingest them.

“We are not finding fish with their stomachs packed with microfibers,” Brandes said. “It’s hard to tell if they are causing any real problems.”

The project also has an educational component. Brandes has taught workshops in which he takes  groups of K-12 teachers to Tybee Island to collect sand and return it to the laboratory for microscopic analysis. He says the teachers are usually shocked with what they see.

“Hey, you thought that sand was clean, and from a tourist standpoint it is,” he said. “But there is still stuff in there and then you start talking about where it came from and what kinds of effects it may have.”