One of the oldest buildings on Skidaway Island, the Roebling House at the University of Georgia Skidaway Institute of Oceanography, recently received a facelift courtesy of Lowe’s community service program, Lowe’s Heros.

Long before there was The Landings and thousands of residents on Skidaway Island, the Roebling family operated a cattle farm named Modena Plantation on the north end of the island. Robert and Dorothy Roebling and their family arrived on the island in 1935 on board their three-masted schooner, the Black Douglas. 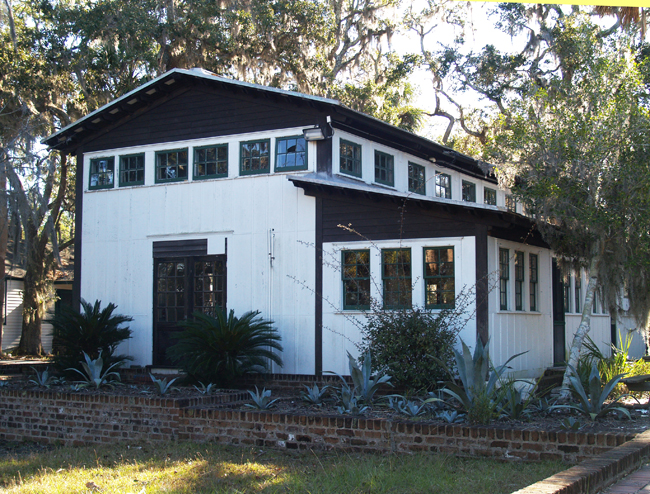 The Roebling House today at the UGA Skidaway Institute of Oceanography

The Roeblings were part of prominent and wealthy New Jersey family. Robert’s great-grandfather, John A. Roebling emigrated to the United States from Germany in 1832. An engineer by profession, the elder Roebling became one of the first developers of what was called “twisted wire cable,” which is used in the construction of large suspension bridges. The John A. Roebling’s Sons Co. manufactured cable and built bridges. Roebling’s most famous project was the Brooklyn Bridge, considered an engineering marvel at the time of its construction.

Advancing several generations to the 1930s, Robert and Dorothy Roebling wanted to move their family away from the Depression-era, crime ridden Northeast, and purchased a several-hundred acre hunting preserve, Modena Plantation, from a friend of theirs, Ralph Isham, and turned it into a cattle breeding operation.

Shortly after their arrival, they constructed the structural framework for the Roebling House. However, the family continued to live on the boat for several years and the building remained a skeleton for several years In early 1941, the family sold the Black Douglas to the U.S. Fish and Wildlife Service, forcing the couple and five children to obtain new quarters.

“There was a mad scramble for plywood and building materials to finish the house before the start of the war, which everyone knew was coming,” according to W.R. “Rip” Roebling, one of the Roebling’s sons.

When completed, the building had four bedrooms on the southern side and baths on either end. The only insulation was some sheetrock on the ceiling. Foldout windows on the upper landing provided a fair amount of circulation during the summer months. Heating came from a wood furnace at the east end of the living room. It was connected to a stovepipe that ran the entire length of the building, as Roebling said, “to squeeze every last BTU out of it.”

“Unquestionably, it was spartan but you probably wouldn’t have known it by the time Mother finished decorating the place with cozy couches, tapestries, Persian rugs and game trophies that surrounded two side-by-side grand pianos in the center of the room, creating a lodge effect,” Roebling recalled.

The Roeblings were heavily involved in the Savannah social scene and entertained at their island home. One notable visitor was world-famous composer Johnny Mercer. 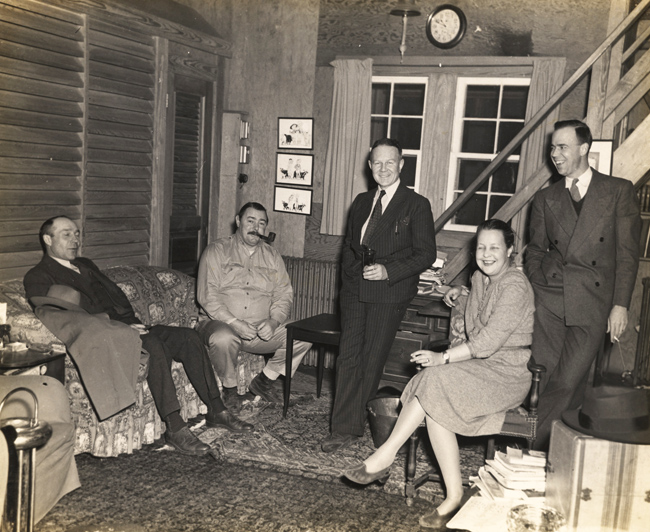 In 1968, the Roeblings donated their land to the state to create the Skidaway Institute of Oceanography. The Roebling House was the site of the institute’s administrative offices until a laboratory and administration building could be built a couple years later. In recent years, the institute has used the building for meetings, group meals and social events. The years have taken a toll on the building, however, and a kind description would have been “rustic.”

In stepped Lowe’s Heros, spearheaded by Molly and Owen Riggs from Lowe’s Abercorn Street store. Lowe’s Heros is a program by which the company and its employees reach out to their communities through each individual store.

“The couple said they have done annual projects around town including the Ronald McDonald house, but this year they wanted to look around for a new recipient,” Chuck Hartman, Skidaway Institute’s director of land and facilities, said.

“With the assessment we made of the Roebling House, we saw that the kitchen area needed some updating, and the paint inside the building was needed,” Owen Riggs said. “Also, we decided to do some work in the restrooms to bring them to more of a comfortable atmosphere.”

Riggs assembled a team of 20 volunteers from the store. They included colleagues from management, sales and the delivery staff. In addition to the associates, the team also had two of Lowe’s plumbing installers help.

The volunteers replaced the kitchen cabinets, counters, sink and installed new vinyl flooring. Upstairs they installed lauan plywood to the railing to screen from below. They also replaced flooring in the bathrooms, installed new toilets and added a fresh coat of bright white paint on the downstairs walls that brightened the room. The work was completed over two days, with all the materials supplied by Lowe’s. 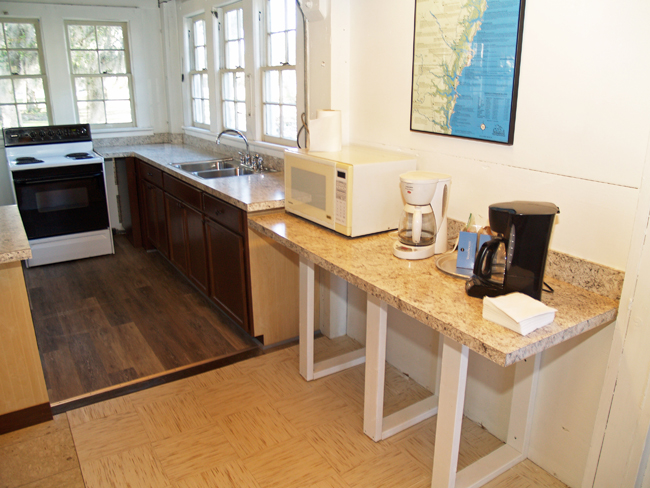 Along with other improvements, Lowe’s Heros installed new cabinets, counters and flooring in the Roebling House kitchen.

“Each store is given a grant through our corporate headquarters,” Riggs said. “If a contractor were to do this type and amount of work, the labor costs alone would reach $5,000 to $6,000.” Adding the cost of materials – roughly $2,500 – would have brought the total price tag close to $8,000. However, the project was free to Skidaway Institute.

“No charges were given to the Skidaway Institute, because this was the project we wanted to work on, Riggs said.

According to Riggs, the project was a bit of an eye opener. Many of his volunteers had visited the campus in the past, but they had never seen the Roebling House.

“Learning about it and its history from Chuck Hartman was very interesting,” he said.