Researchers at the University of Georgia Skidaway Institute of Oceanography have partnered with the University of North Carolina Wilmington (UNCW) and others in an ambitious project to use a dedicated nanosatellite to study ocean color.

The nanosatellite, the SeaHawk-1 CubeSat, is about the size of a loaf of bread and weighs less than 11 pounds. It was launched in 2018, and for the past two and a half years, it has undergone extensive testing and evaluation. It is now ready to move from its testing into its operational phase, a process called commissioning.Seahawk-1 CubeSat is owned and operated by UNCW.

CubeSats are a revolutionary way to study the ocean because scientists get all the advantages of satellite technology, but at a significantly reduced cost and time to design, build and launch a satellite. 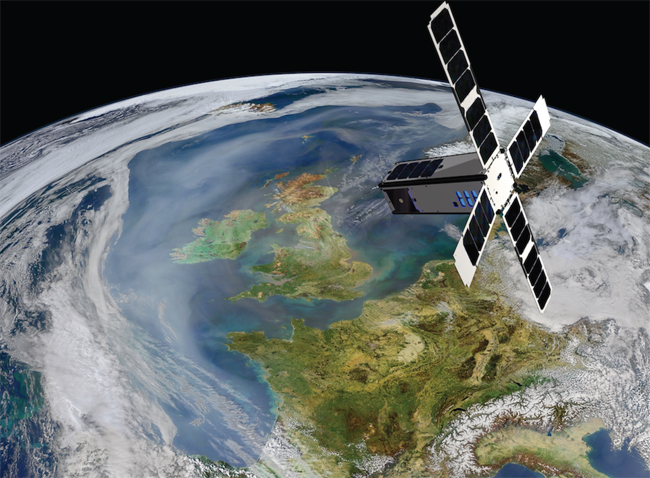 Artist rendition of SeaHawk-1 in orbit over Scotland

“With satellites, a whole new world opens up, you have eyes anywhere in the world, including the most remote locations of the ocean,” UGA Skidaway Institute researcher Sara Rivero-Calle said. “You can take global snapshots of what is happening in the ocean, which you can’t do if you have to go out in a boat and take your samples.” 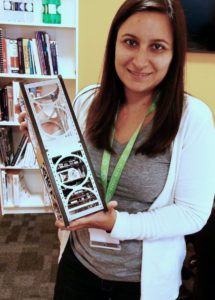 Researcher Sara Rivero-Calle with a life-size model of a CubeSat satellite.

Scientists can learn much about the ocean by studying its color, including the concentration of chlorophyll, sediment in the water and water quality in general. The Seahawk-1 Cubesat is outfitted with the HawkEye Ocean Color Imager. The HawkEye’s high-spatial resolution imagery improves scientists’ ability to monitor fjords, estuaries, coral reefs and other near-shore environments where man-made stresses are often most acute and where there are considerable security and commercial interests.

Now that the SeaHawk-1 has entered its operations phase, SOCON will provide free access to all the data that has been collected by HawkEye to researchers from around the world. As the science leader on the SOCON project, Rivero-Calle will serve as a bridge between other researchers studying ocean color and the satellite management team.

“Since our mission does not take daily global images of the Earth, but rather high-resolution snapshots of discrete locations, we need to decide those locations,” Rivero-Calle said. “Our team will soon be requesting additional targets from the ocean color scientific community, and we will be coordinating those requests.”

Her team will also conduct field work to validate the data collected by the satellite. “However, the aspect that I am most excited about is that we will be using the SeaHawk data to answer pressing questions in oceanography and satellite remote sensing,” she said.

The satellite is expected to produce around 100 images per week. All Hawkeye imagery will be made available free of charge via the NASA Ocean Biology Distributed Active Archive Center at https://oceancolor.gsfc.nasa.gov. In addition, NASA’s free, comprehensive software package for the processing, display and analysis of ocean color data known as SeaDAS (https://seadas.gsfc.nasa.gov/) has also been updated to include support for HawkEye. 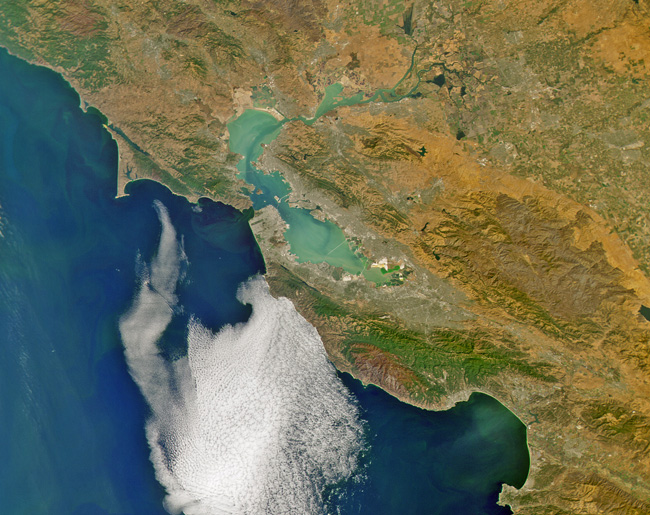 Rivero-Calle also expects the satellite program will provide UGA students with rich opportunities for experiential learning. She will incorporate CubeSat research and examples into the new Department of Marine Sciences undergraduate course, “Quantitative Methods in Oceanography,” and a new course on ocean color satellite remote sensing that she plans to offer soon. Rivero-Calle is also developing an intensive, summer, hands-on course on “Building a CubeSat 101” that will use an inexpensive, but fully functional CubeSat kit that was developed for educational purposes.

“This course would be a great starting point for students with all sorts of backgrounds, from environmental disciplines to computer science, engineering, math and, obviously, marine sciences,” she said. “UGA is emerging as a leader in CubeSat science and technology, and this kind of course will be a fantastic starting point for students before they might join the UGA Small Satellite Research Lab and embark on much more complex student-led satellite missions.”