The past few months have felt like a whirlwind! In June we had two cruises, one at the beginning and one at the end of the month. Marc was going to be out of town for the late June cruise, so I had the opportunity to act as Chief Scientist in his absence. We were able to use the cruise in early June to train and prepare me for this role.

The role of Chief Scientist comes with a lot of responsibilities. Not only are you responsible for all of the communication and decision-making during the cruise, such as allocating tasks between personnel, timing of stations and meals, order of sampling operations, and making game-time decisions depending on what we find, but you also have all of the pre-cruise planning and communication with the Captain, Marine Operations, and the science crew. At least two weeks before the cruise, paperwork has to be submitted to the Superintendent of Marine Operations including a personnel manifest, risk assessment, covid testing plan, and other pre-cruise forms.

Once all forms are submitted and approved, there’s a slight “calm before the storm” (pun intended) where the only thing left to do before the cruise is to pack and load the ship. I was feeling fairly confident the week leading up to the cruise; the paperwork was approved, the ship was loaded, and I was only slightly nervous about potentially forgetting something.

A few days before our intended departure, I checked the weather and saw that the forecast was deteriorating. Tropical Storm Danny was moving toward the coast of GA, bringing strong winds and subsequent high seas. It was predicted to be in our area on the exact day we were supposed to depart! As we have mentioned in previous blog posts, the R/V Savannah is prone to causing sea sickness, so working in these extra rough seas would be impossible. We knew that we couldn’t depart on the scheduled day, but we also couldn’t push our whole cruise back a day because there was another cruise scheduled to leave just a few days after ours. So, the day before we were originally planning to depart, with the guidance of Marc, the Captain, and Marine Ops, I had to make a decision— do we try to sample in an abbreviated amount of time, or do we scrap this trip and save these sea days for later in the project?

I decided that we should give it a shot! We planned to leave Tuesday June 29 at 8am and needed to return by Wednesday June 30 at 8am. We had 24 hours to accomplish what we usually take two days to do, but I felt confident we could do it!

Our typical sampling schedule involves stopping at the 25m isobath (usually right after lunchtime) for a quick exploratory CTD cast and small net tow, then heading the rest of the way to the 45m isobath (usually arriving around dinner time). We work up that full station before bed, then the ship steams back towards the 25m while we sleep, and we get up bright and early to start working up the full 25m station at 7am. For this cruise, we planned to do a similar plan of a quick exploration at the 25m station on our way to the 45m station. The 45m station was the priority, so we planned to get that full station done as usual and then play it by ear to potentially stop at the 25m on the way back around 1 am.

We headed out Tuesday June 29 at 8am and made it to the 25m station in the afternoon. The exploratory net tow pulled up an interesting community that was completely different than what we have been seeing on past cruises. Usually, our small net tows are full of chaetognaths (arrow worms) and copepods, small crustacean plankton. This tow pulled up a ton of gelatinous zooplankton, including ctenophores (comb jellies), hydromedusae like the genus Aequorea, and larger (>20 mm) salps and siphonophores than we typically observe. 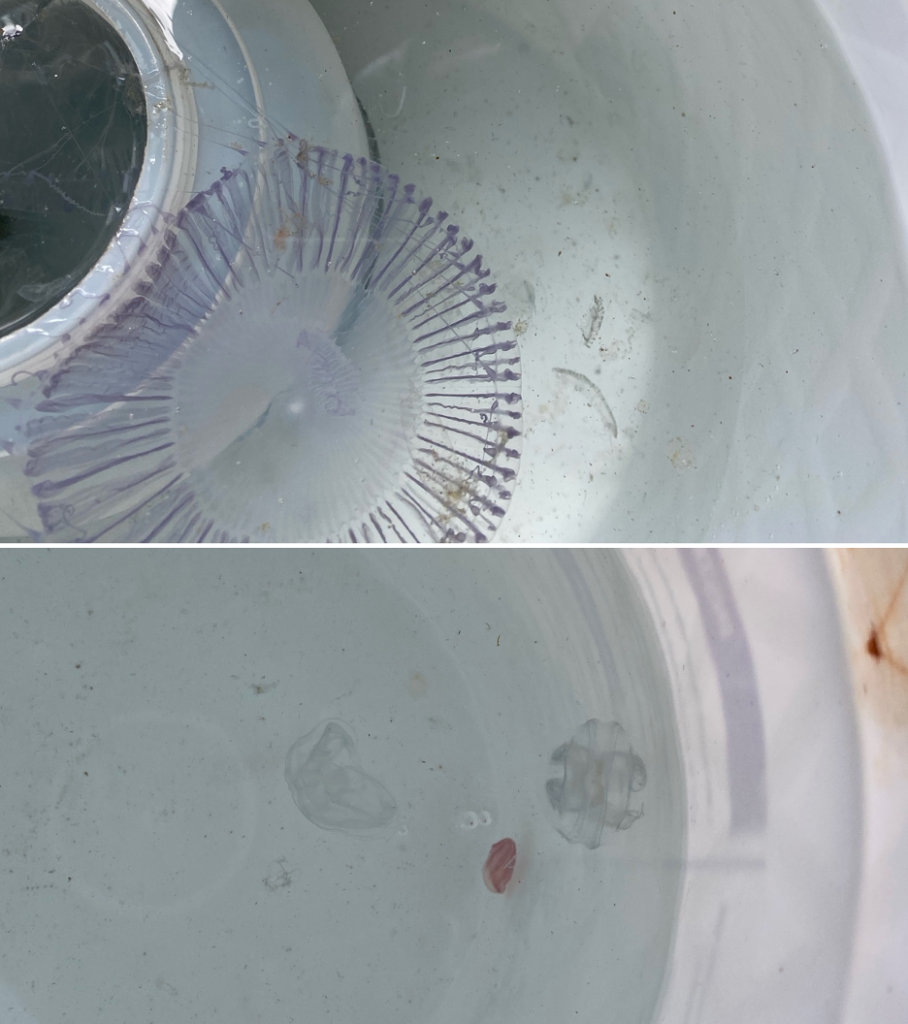 Some of the gelatinous zooplankton that were sampled in our net tows from the 25m station. Top: hydromedusae Aequorea sp. Bottom: ctenophores (comb jellies); Beroe sp. (small, red) and Menmiopsis sp. (larger, grey/clear).

Because we saw such a unique planktonic community at this site, we decided to also deploy the imager before moving on to the 45m station.

Around dinner time we made it to the 45m station and started working on our list of measurements. We were able to get all of the on-site work done around 10pm, and we kept processing samples and filtering water while we steamed back to the 25m station. We finished processing at around 11:30pm, leaving us about an hour of sleep before we arrived at 12:45am at the 25m station. Communicating with the Captain, we determined we had until 2:30am at this station before we had to leave to return to the dock by 8am. We were determined to get the whole station completed and we did! There was even just enough time to deploy the imager again with time to spare. I was excited that we were able to do this, so we could potentially compare the images from the middle of the night to the daytime images we collected earlier in the afternoon. 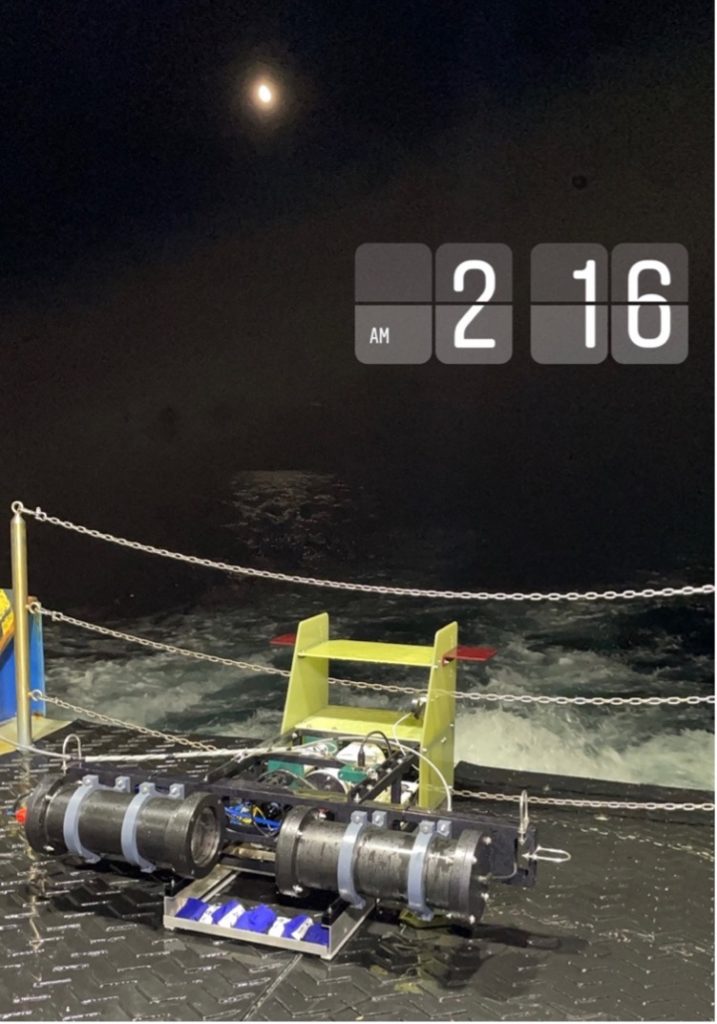 The mDPI imager on the back deck of the R/V Savannah at 2:16am when we finished sampling the 25m station.

Most people went to bed around 2:30am when we finished the station, but there was still some filtering and cleaning to do, so Savannah and I stayed up finishing those until about 4am. I have very few photos from this trip because we were so busy, but we did snap some middle-of-the-night selfies while we were exhausted waiting for water to filter. 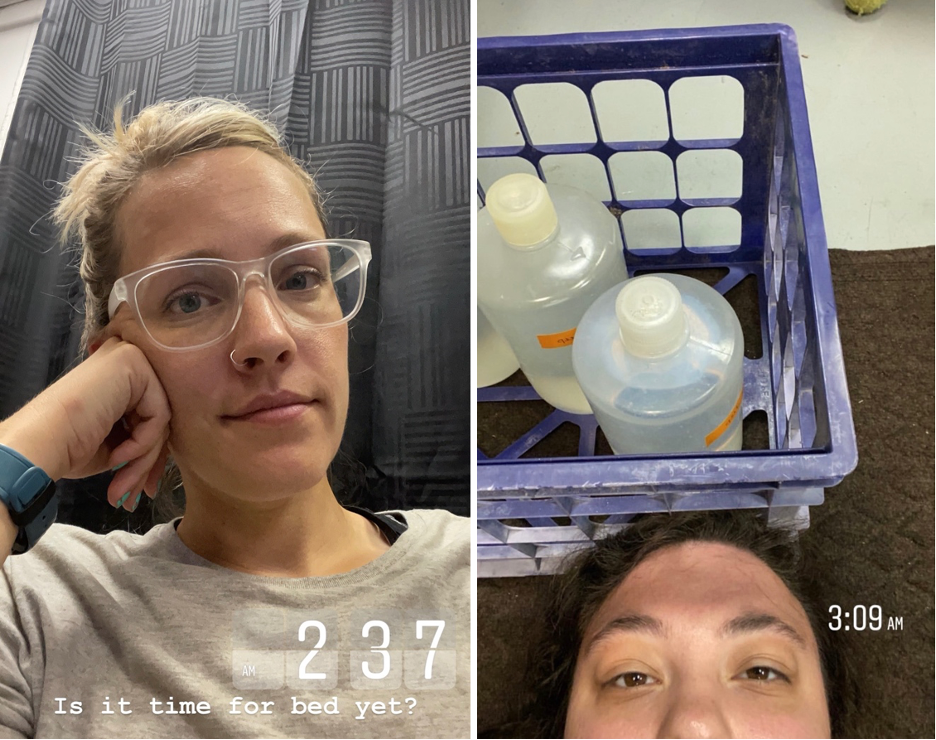 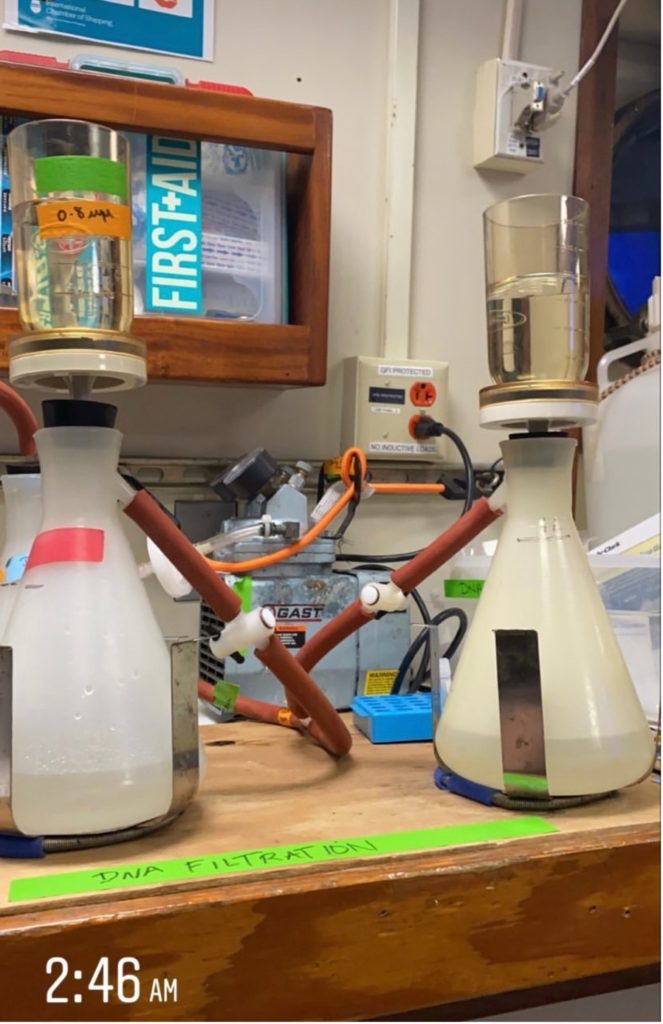 Water filtering for DNA extraction at 2:46am.

At 4am we finally finished filtering so we crashed and slept until 6:30am when everyone woke up to finish cleaning, packing, and ending incubations before returning to the dock a little after 8am. We did it! I was so impressed that even though we were all sleep-deprived, we were able to sample both stations completely in an abbreviated amount of time. Who needs sleep when you’re running on the adrenaline of doing cool science?!

My only disappointment is that I didn’t get to experience the full perks of being Chief Scientist—this was the one cruise that I got my own stateroom (with a porthole!), and also the one cruise so far that we got the least amount of sleep. But overall, I’m glad for the experience and proud of what we accomplished, and we were all able to catch up on sleep once we got back!

The next cruise was our longest cruise to date, and we will be posting more soon. Stay tuned for updates! 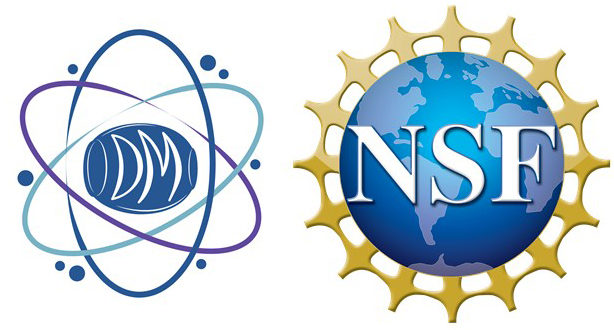