Until now, scientists believed the black carbon in the ocean was introduced there by rivers. However, a new paper published in Nature Communications by a collaborative group of scientists, including University of Georgia Skidaway Institute of Oceanography professor Jay Brandes and graduate student Kun Ma, questions that assumption and presents researchers with a new mystery.Black carbon is partially combusted carbon left over from fires. It comes in both solid and dissolved forms. Scientists have long assumed that the dissolved black carbon measured in the ocean comes originally from land, from fires that take place on land and then the residue being washed into the ocean. 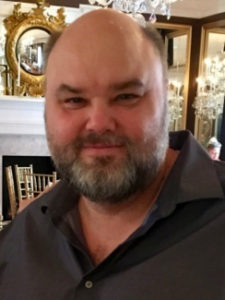 “The reason why this is of interest is that dissolved black carbon seems to be a significant component of all dissolved organic carbon in the sea, which in turn is a large, but poorly understood, part of the global carbon cycle” Brandes said. “Our paper’s results indicate that this assumption about the source of dissolved black carbon is wrong.

“The material in the sea doesn’t match what we measure coming from rivers, and thus likely has another, presently unknown, source in the oceans.”

The researchers looked at different isotopes of carbon – variations of carbon that differ by the number of neutrons in the nucleus. While the vast majority of carbon is carbon-12, a tiny fraction has an extra neutron, carbon-13. How much carbon 13 is in a sample will vary according to the source of the element, so that carbon-13 ratio can be used as a signature to compare carbon from different sources.

The team measured dissolved black carbon’s stable isotopic signature in different places in the oceans and in different rivers from around the world. The research team compared samples taken from the Atlantic and Pacific Oceans with large rivers, including the Amazon, Mississippi, Congo and two Arctic Rivers. They found the marine black carbon had significantly higher proportions of carbon-13 than that found in the river systems.

“The signature of oceanic dissolved black carbon is very different from that of riverine dissolved black carbon, raising a host of fundamental questions,” said Sasha Wagner, a former UGA Skidaway Institute post-doctoral fellow, and now a Rensselaer Polytechnic Institute researcher and the lead author of the research. “Are there other sources of dissolved black carbon? Is it being degraded away in rivers, sequestered in sediments, or altered beyond recognition before it reaches the open ocean? Is what we’ve measured actually fire-derived?”

These results raise a number of interesting questions. The biggest is, where does dissolved black carbon in the ocean really come from? “We do know that it is old material- it has a radiocarbon age much older than the age of the total dissolved organic pool that it is a part of,” Brandes said. “Our work suggests that dissolved black carbon comes from some source in the oceans, but we don’t know what that is yet. It’s time to start looking.” 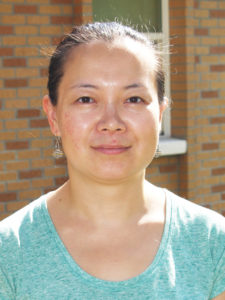 “Since we do not believe that its concentration has gone up a lot over time, something is taking it away, likely converting it to carbon dioxide, but we do not know what that is yet,” Brandes said.

This research was supported by the National Science Foundation. In addition to Brandes, Ma and Wagner, the team included Sarah Rosengard from the University of British Columbia, Jose Mauro S. Moura from the Federal University of Western Para in Brazil and Aron Stubbins from Northeastern University.