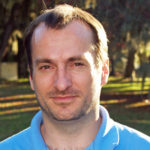 Savannah, Ga. – A research paper by University of Georgia Skidaway Institute of Oceanography scientist Aron Stubbins has been selected by the Journal of Geophysical Research-Biogeosciences to be featured as a Research Spotlight on the journal’s website and in the magazine Eos. Research Spotlights summarize the the best accepted articles for the Earth and space science community.

Stubbins’s paper, titled “Low photolability of yedoma permafrost dissolved organic carbon,” followed-up on earlier research into a massive store of carbon—relics of long-dead plants and other living things—preserved within ancient Arctic permafrost. That research showed the long-frozen permafrost is thawing, and the organic material it has preserved for tens of thousands of years is now entering the environment as dissolved organic matter in streams and rivers. Bacteria are converting the organic material into carbon dioxide, which is being released into the atmosphere. 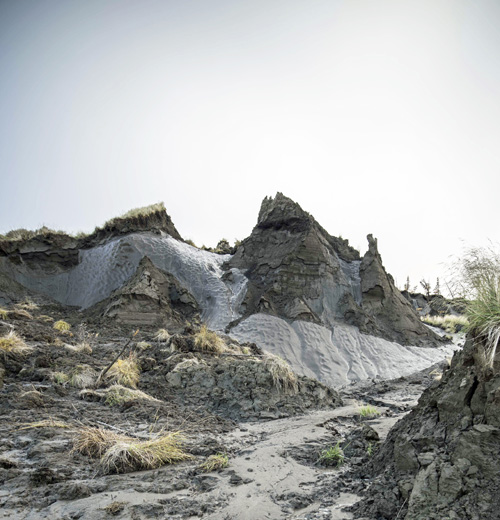 A bank of carbon-rich permafrost thaws near the Kolyma River in Siberia.

The researchers concluded the decomposition of organic materials via bacteria is mostly likely the key process for converting permafrost carbon within rivers into carbon dioxide.

The research team includes co-lead author Robert Spencer of Florida State University; co-authors Leanne Powers and Thais Bittar from UGA Skidaway Institute; Paul Mann from Northumbria University; Thorsten Dittmar from Carl von Ossietzky University of Oldenburg; Cameron McIntyre from the Scottish Universities Environmental Research Centre; Timothy Eglinton from ETH Zurich; and Nikita Zimov from the Russian Academy of Science.  While climatologists are carefully watching carbon dioxide levels in the atmosphere, another group of scientists is exploring a massive storehouse of carbon that has the potential to significantly affect the climate change picture.