A video featuring two University of Georgia Skidaway Institute of Oceanography scientists will be screened at the Woods Hole Film Festival. “Beyond the Gulf Stream” focuses on the complex winter currents that collide off the coast of Cape Hatteras. It was inspired by a National Science Foundation-funded project, “Processes driving Exchange at Cape Hatteras,” or PEACH. UGA Skidaway Institute scientists Dana Savidge and Catherine Edwards are a part of the research team and are featured in the video. 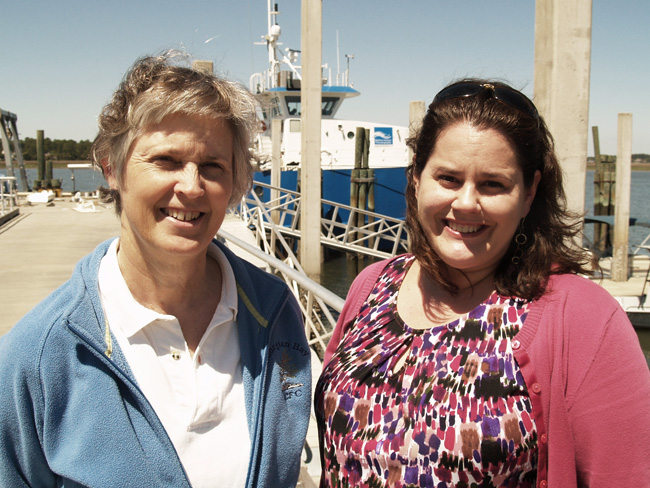 “Beyond the Gulf Stream” was shot and produced by Savannah-based videographer Kyle Maddux-Lawrence and his production company MADLAWMEDIA. Maddux-Lawrence filmed aboard the Woods Hole-operated research vessel Neil Armstrong on a research cruise in the winter of 2018. The 10-minute film features physical oceanographers as they share their perspectives on the challenges and rewards of doing scientific research at sea, often in difficult conditions. 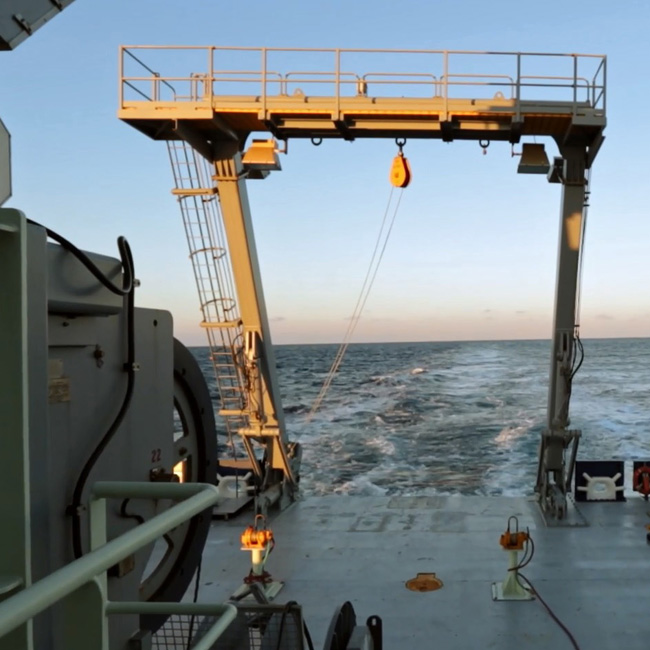 The winter ocean from the aft deck of the Neil Armstrong.

The Woods Hole Film Festival will be a virtual event. “Beyond the Gulf Stream,” as well as other films and question and answer sessions can be viewed online during the festival, which runs from Saturday, July 25, to Saturday, August 1. Festival pass holders may watch the film at any time during the festival; individual ticket holders will have 48 hours to watch a film on the same device. Tickets and more information are available at https://www.goelevent.com/WoodsHoleFilmFest/e/ShortsTheBlueBetweenUs

Maddux-Lawrence will be part of a live “Filmmaker Chat” open to all on Sunday, July 19, at 9:00 a.m. The chat will be broadcast via Zoom as well as the Woods Hole Film Festival Facebook and YouTube channels. A recording of the discussion will also be posted on the Festival website.
For additional information, visit the festival website at www.woodsholefilmfestival.org/.